Even though the history of coffee is partly linked to the slave trade, it overflows with surprising – and sometimes tragic, sometimes comic – events which form a fascinating story, where botany, politics, economics and morals are strongly intertwined. 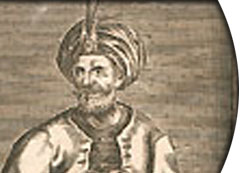 THE ORIGIN OF COFFEE

It would appear that coffee was originally from Ethiopia. According to legend, it was discovered by a young shepherd by the name of Khaldi.

He was intrigued by the strange behaviour of his goats, who were leaping and racing around after eating the red berries from a bush. When Khaldi visited the neighbouring convent, he told the prior about his goats.

The prior decided to boil the berries to make a decoction and from then on, the monks grew into the habit of drinking this beverage which helped keep them awake during the long hours of prayers.

As for roasting, this dates back to when two monks, Sciadli and Aydrus, were entrusted with harvesting the coffee berries. One rainy afternoon, they returned with their harvest completely soaked. To dry the grains, they placed them in the fireplace.

When they came back after prayers, the grains were more than dried out! They were completely roasted but they smelt wonderful. The monks therefore started to toast the grains before brewing them. This all happened in the Middle East, in Yemen to be specific. 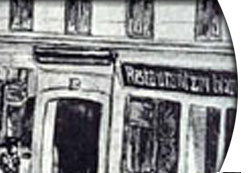 Coffee probably began its conquest of the world in the 15th century. Through the intermediary of Moslem pilgrims, who were on their way to Mecca, coffee spread throughout Yemen and the rest of Arabia. Up until the early 17th century, only Arabian countries produced coffee. Towards 1690, Dutch sailors introduced the first coffee shoots – from Moka – to Ceylon and then India, before continuing on to all the Dutch colonies in Asia. They then brought coffee shoots from the island of Java to Europe.

Coffee is grown in the greenhouses in Amsterdam Botanical Gardens in particular. Shoots were offered as a gift to Louis XIV, who entrusted them to the botanists in the King’s Garden, know today as the “Jardin des Plantes” in Paris. From there, thanks to the bravery of Captain Gabriel de Clieu, coffee bushes were introduced to the French Caribbean colonies, where France had free access to supplies. Coffee-growing then spread throughout the whole of Latin America where – up until the end of the 19th century, it was mainly slave work.

In the mid- 16th century, it was already common to drink coffee in Egypt, Syria, Persia or Turkey. Coffee houses could be found in the cities of Medina, Cairo, Baghdad, Alexandria, Damas and Istanbul. In 1555, the first coffee house was opened in Istanbul by two Syrians, Shems and Hekeem.

In the space of a few years, the number had grown to several hundred. At the same time, Suleiman the Magnificent’s Turkish warriors introduced their new beverage to the peoples of the Balkans, Central Europe, North Africa and Spain.

THE SPREAD OF COFFEE THROUGHOUT EUROPE

It was in Venice that coffee appeared for the first time in 1615. Up until the 17th century, it was no more than a curiosity reserved for the suites of the rare travellers who brought it back from the East. It was also found amongst the remedies of apothecaries. In 1644, a ship from Alexandria unloaded its cargo in Marseille where – ten years later – the first public café opened.

About 1669, through the intermediary of the Ambassador of the Ottoman Empire in Paris, Soleiman Aga, the beverage conquered Parisian high society. History tells us that Louis XIV preferred chocolate.

THE HISTORY OF VIENNESE CAFÉS

In 1683, the Turkish army laid siege to Vienna for the second time. The city was on the point of surrendering in spite of a Christian army being nearby.

One night, Franz Goerg Kolschitzky made himself known. He was a young Pole who had lived in Istanbul for ten years and spoke Turkish. He offered to try and cross the enemy lines. Dressed in Oriental clothes, he succeeded in crossing and was able to pass on a wealth of information about the besieged and the besiegers. On the basis of this information, the archduke of Lorraine attacked the Turks and sent them running. As they fled, they abandoned their cannons, ammunition and provisions, including five hundred sacks of coffee.

Kolschitzky was received like a hero and decorated. He was offered Austrian nationality, the five hundred sacks of coffee and granted permission to open a coffee house… which was «Zur Blauen Flasche» (The Blue Bottle).

He prepared coffee as he had been taught in Istanbul. On the whole the Viennese did not like his decoction and business was bad. Kolschitzky stumbled on the idea of filtering his coffee, adding a spoonful of cream and a spoonful of honey. It was an immediate success. Now that he was on the right track, Kolschitzky decided to place all the city’s newspapers at the disposal of his clients.

Then he asked one of his pastrycook friends to create a special cake. The Turkish flag has a crescent on it, so the pastry took on this shape. This is how the Kippfel was born, one of those great classics that is known nowadays as a Viennese pastry.

THE BIRTH OF LLOYDS

In 1685, a certain Edward Lloyd opened a coffee house in London. His son transferred this establishment to 16, Lombard Street, close to the Stock Exchange. Very soon, shipowners, sailors, stockbrokers, lawyers and insurance agents became faithful clients of the new café. Some of them even used it as their address.

In 1696, the owner of the premises launched the «Lloyds Journal» which provided information regarding the Navy and maritime trade. His café gradually became an auction house for cargoes and ships. Even war booty was shared out there.

The main hall was arranged according to the sailor’s requirements. A sort of weather station contained barometers, anemometers and rain gauges and a library housed a remarkable collection of maps from all over the world. Opposite the door stood the Lloyds Great Book, with the black list of shipwrecks and any other catastrophes on the left page and on the right, the register of ships that safely reached their harbours. In 1778, an agreement was reached for the café to become a post office.

Members of the Navy and international traders could then receive and send mail. Edward Lloyd himself even became involved in some of the business negotiated under his roof. Today, the café no longer exists but Lloyds has become the world’s largest insurance and re-insurance company.

The independence of the United States opened up the world’s biggest market. King George III of England decided to fill his kingdom’s coffers by imposing the Stamp Act. This levied heavy taxes on American colonies’ imports from the mainland. The natives rebelled and decided to boycott English goods.

This is how the inhabitants of Boston one day decided that they would throw all the goods that were stored in the bonded warehouses into the harbour waters. This event, which is known as the Boston Tea Party, marked the beginning of the War of Independence… and the replacement of tea by coffee in American drinking habits.

THE RISE OF COLOMBIAN COFFEE

In the 19th century, Colombian leaders tried to encourage the cultivation of coffee, but they did not succeed. It takes five years for a coffee tree to produce its first harvest. Farmers had to have something to live on while they were waiting.

Francisco Romero, the kind priest of a small village, Salazar, had an idea. Instead of demanding a string of “ave” and “pater” from his flock after confession, the punishment he laid down was planting three or four coffee trees. The bishop found this a good idea and he extended the habit to the whole area. Colombia therefore owes the abundance of its harvests to the sins of its forefathers.

Coffee has become a major economic stake. With 15 thousand million dollars exchanged every year, it is the top agricultural product and the second raw material (in value) traded in the world, a long way behind oil but ahead of wheat, steel, sugar and cocoa.

Every day, 1.5 thousand million cups of coffee are drunk. Two thirds of the world’s inhabitants are coffee-drinkers, the great majority of whom are in Europe and especially in Northern Europe. As a general rule, the colder the weather, the more coffee is drunk and the closer one comes to the Equator, the less coffee is drunk. This is why – with the exception of Brazil, where 50 % of the production is for the domestic market – producer countries send nearly all their production abroad.