ECOSYSTEM
Coffee grows between the Tropics of Cancer and Capricorn. It is produced as far as 25° North and 30° South. It can grow up to an altitude of 2000 metres above sea level but it only flowers when the temperature rises above 15°. 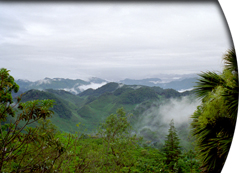 TEMPERATURE, SOIL, IRRIGATION AND EXPOSURE TO THE SUN

Coffee bushes – especially the Arabica variety – thrive in temperatures between 17 and 23° with very little variation. Soil rich in humus and nitrogen is essential for the balance of the coffee plant’s functions.

Grow coffee without irrigation requires abundant rain: between 1500 and 2000 mm over a period of 8 months. Finally, coffee plants do not like wind. 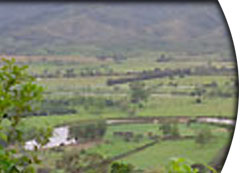 Arabica grows at a high altitude and robusta grows on plains. Unlike Arabica, the robusta variety enjoys the sun. These differences influence the type and configuration of plantations.

Thus, in Mexico one often has to climb the mountain tracks for more than an hour, on mules, to reach a plantation. Different place, different ways: in Brazil, plantations are traditionally on plains and they can cover thousands of hectares; aircraft are often used to reach harvesting areas.

Plantations may contains a few dozen bushes, a few hundred, a few thousand, or even a few million. In the former cases, berries are harvested by hand. The latter plantations require mechanised harvesting. 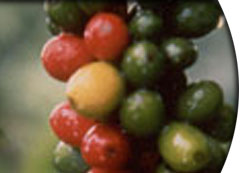 Equatorial and tropical zones are under the influence of two seasons: the rainy and the dry season. Unlike in our climate which is subject to four seasons (regulated by temperature variations), coffee shrubs bloom over a period of several months depending on humidity averages, under the influence of only two seasons (regulated by humidity variations).

In equatorial zones, the coffee shrub can sometimes flower up to 8 times in one year. So it is not unusual to find flowers and berries on the same bush, at different stages of ripening. Harvesting therefore takes place in several stages.

In tropical climes, however, the seasons are more marked and berries are harvested in one or two stages. The berries are ripe eight to nine months after they flower. In the space of just two weeks, all the plantations in one area may be covered with berries.